When writing software for Microsoft Windows based systems there are many free programming tools available, including the free Windows development tools provided by Microsoft themselves. Visual Studio is the Integrated Development Environment (IDE) that Microsoft produces for programmers, a.k.a. developers, to write software for Windows.

Visual Studio Express is the Free Version of Microsoft's IDE

Update: Visual Studio Express has been replaced with Visual Studio Community edition. Therefore this article is archived and provided for historical reasons. 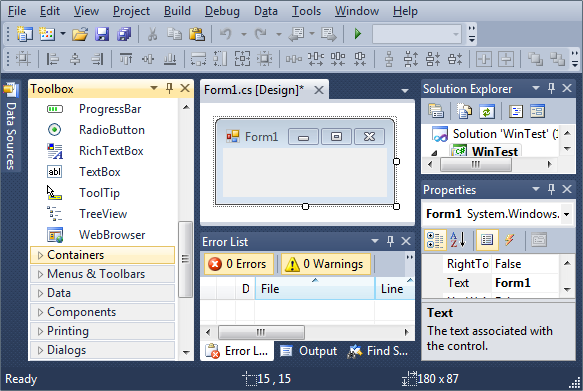 The 2013 versions are aimed at users of the latest Windows operating systems, Windows 7, Windows 8, Windows 8.1, Windows Server 2008 and Windows Server 2012. For users still running Windows XP or Windows Vista (not including Starter Editions) then Visual Studio Express 2010 will be needed. There are several different versions of VSE 2013 for programmers, which target different uses. The Visual Studio Express requirements vary depending upon which version is used. The versions are for Web, Windows 8 Apps, Windows Desktop or Windows Phone. To move beyond those types of programs the Professional version and upwards of Visual Studio would be required, and these are paid for products. Update: Information on the current Microsoft Visual Studio products is available from the Visual Studio website.

Update: All current versions of Visual Studio are available from this downloads page (scroll down to the Express products, just after the full product trial versions). There is also a version of Team Foundation Server (TFS), Microsoft's source code and development management software. TFS Express is limited to 5 users (team members). VSE products require free registration to obtain a product key to use them beyond a 30 day trial period.